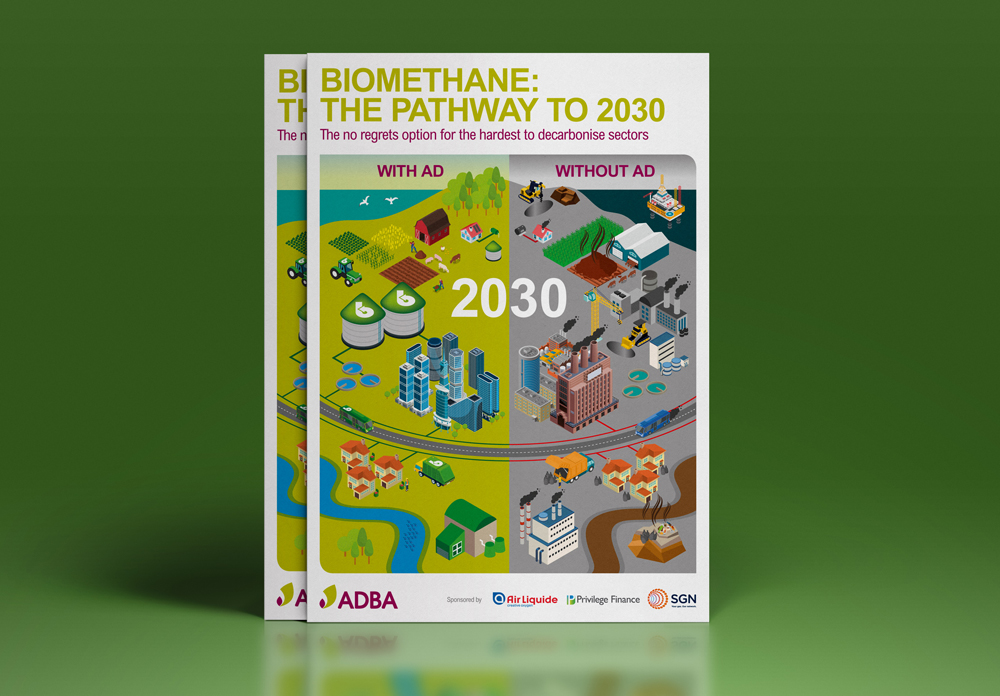 Posted at 13:04h in Uncategorised by colinlunatrix 0 Comments

Picture the scene. Dawn, January 1st 2030. The blackening sky shows no signs of clearing. The streets are quiet, covered in a thick layer of grey sooty snow that has carpeted the UK since mid December. The temperature has been sub zero for weeks on end and will likely remain so until the coming of spring. On the other side of the world Asia and Australia have been scorched by record 50o C temperatures. The US has been devastated by famine following tornadoes and hurricanes rolling through the mid West.

A pretty grim picture emerges, of a world in turmoil, battered from one extreme weather event to the next. This possible future is the course we are currently on, having chosen to largely ignore renewable energy and continuing to use fossil fuels to power industry.

There is of course an alternative. Biomethane: The Pathway to 2030 a report commissioned by ADBA The Anaerobic Digestion and Bioresources Association sets out to explore the role of biomethane in a greener decarbonised world of the future.

It envisions the UK with Anaerobic Digestion at the heart of its circular economy, whereby all organic wastes readily available in 2030 are collected and digested. The report guides policymakers through the barriers currently inhibiting the AD sector from reaching its full potential and recommends policies to help overcome them.

Having worked for ADBA for many years on their varied marketing material, we were happy to take on the brief of providing the graphic content for the report. Starting with the split cover design showing a world on the one hand utilising biomethane and on the other hand continuing with fossil fuel energy. The isometric illustration style gives a vivid demonstration of the different approaches. The graphic was expanded over a double page spread inside the report and anotated with explanatory captions to build a fuller picture.

As well as the main cover isometric illustration, the report makes full use of stylised environmental infographics explaining in some detail the idea of a circular economy with anaerobic digestion at it’s heart. You can see the full environmental report design here.

The report was launched in April but was somewhat over-shadowed with events ongoing with the coronavirus pandemic. However as we slowly emerge from the initial impact that has had on society, focus is once again turning towards the much greater immediate threat to humanity – the ecological crisis. We are currently experiencing unprecedented levels of unemployment. A conscious decision now to fund an explosion in growth of renewable green infrastructure could kick start the economy. Biomethane should play an important role in this new green future.

Lunatrix Design have a passion for nature and the environment and if we can help any organisation spread their message via the medium of graphic design in whatever form that may be, we’d be very pleased to get involved. Contact us now and lets make the world a better place.

Sorry, the comment form is closed at this time.