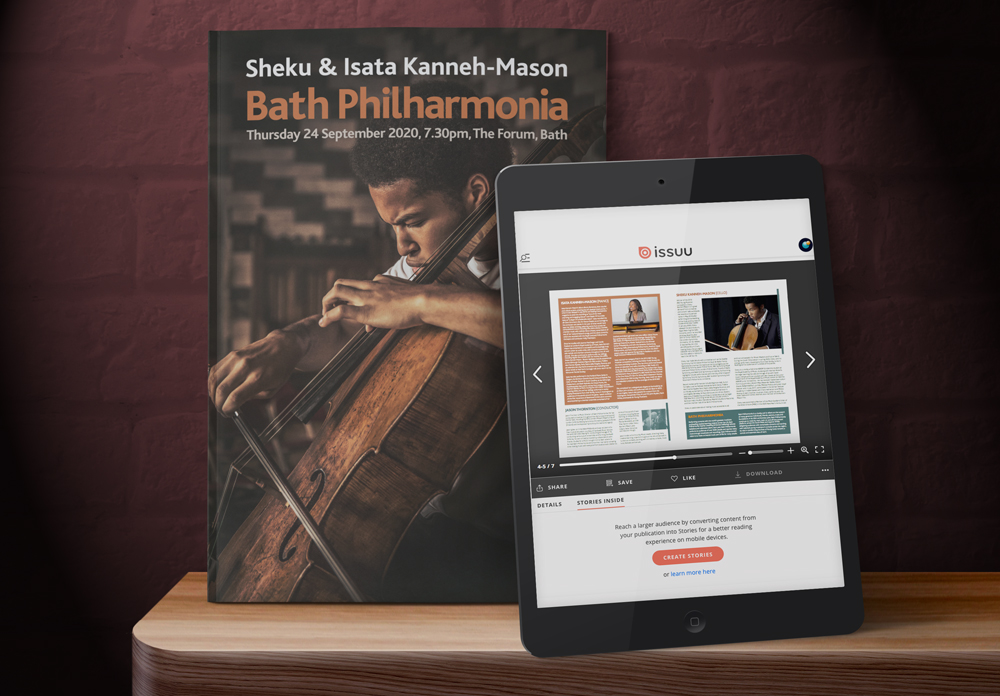 Posted at 17:35h in Uncategorised by colinlunatrix 0 Comments

Some rare good news. Our colleagues at Bath Philharmonia managed against the odds to come through and put on an actual live concert in September at Bath Forum, featuring the talented siblings Sheku & Isata Kanneh-Mason.

We were as surprised as anyone to get a call mid September asking if we could put together the concert programme design which encompassed Beethoven, Piano Concerto No.3, Op.37 and Dvořák, Cello Concerto in B minor, Op.104. Tickets for this event had begun selling early in the year but for obvious reasons things were postponed until further notice.

Fast forward 6 months and ensuring that all the players and audience were safely socially distanced the band played on to rapturous applause.

Isata Kanneh-Mason’s debut album, Romance, drew popular and critical acclaim, entering the UK classical charts at No. 1 when it was released in July 2019 and leading Gramophone magazine to extol the recording as “one of the most charming and engaging debuts” and Classic FM to praise Isata as “a player of considerable talent”.

Winner of the 2016 BBC Young Musician competition, Sheku Kanneh-Mason is in great demand from orchestras and concert halls worldwide. He became a household name in May 2018 after performing at the Wedding of the Duke and Duchess of Sussex at Windsor Castle. In January 2020, Sheku released his second album, Elgar, featuring the Cello Concerto, which he recorded at Abbey Road Studios with Sir Simon Rattle and the London Symphony Orchestra.

Ordinarily we print a run of programmes that are handed out on the night but with Covid restrictions in place it was decided to have the programme available to view digitally only on this occasion. With so many musicians and artistes struggling at the moment we hope this concert is just the first of many more to come.

Sorry, the comment form is closed at this time.